The School Board should not rush to demolish this very historic and nationally important building.

Many major details about the Plan for Central are unclear and uncertain.
The plans are just drafts at this point. Nothing is set in stone.

"We are in the design and planning phase of the Central project," said Emily Schmit, director of communications & community relations for the Champaign school district. "As part of that process, we are discussing the plan for Lynn Street as well as safe crossings all around the high school. We will be working closely with the city of Champaign on these items to ensure safety for students, staff and the community at large."

The School Board has recently purchased the Burnham along with 10 other period buildings in the core of the downtown/Central neighborhood, at a cost of over $5 M. The Burnham and these 10 period homes and buildings form the charm and character of the downtown Champaign neighborhood. Some losses are understandable, e.g., 201& 203 N. Lynn and 603 W. Park Ave are directly in the footprint of the new Central High School Expansion. However, why are so many charming, period homes and buildings, e.g. the Burnham, slated to be demolished in the downtown core, whereas at least four nondescript apartment buildings adjacent to Central HS are not being considered? The gutting of so very many period homes and a stone church within this downtown core is of concern, as the ramifications of this loss are considerable for the downtown neighborhood and for the community.

Downtown neighbors expressed additional specific concerns that were far from allayed at the public review of Central expansion plans.
One neighbor wrote:
"I attended the January 10, 2018 Open House at central High School and, frankly, was left with more questions than answers. I understand a schematic is a work in progress, but, since this one is to be voted on in less than two weeks, the confusion evident last night is very concerning. For example:
1. I asked if the parking lot(s) would feature permeable pavement. One
person said they didn't know, another said "no." No one could/would answer why not.
2. I asked about drainage. One person said there would be a retention pond (a truly alarming thought on a school campus) and another said there would be underground storage of storm water. No one could assure me that the current drainage issue which sees water from the northwest corner of the school property flow north across Church Street and then into my back yard would be resolved.
3. No one could answer the specifics of plans for lighting the athletic
fields and whether those lights would affect nocturnal wildlife common in the neighborhood.
4. Conflicting information was offered as to the extent and kind of fencing that would surround the athletic fields.
5. Conflicting information was offered as to whether the sidewalk shown between the softball and soccer fields would be open to the public or whether it would be behind a fence when events were not taking place. Given that Lynn Street is being taken from the neighborhood it would be nice to maintain pedestrian access. If not, there will likely be an increase in students cutting through private property which has been an increasing problem..
6. No firm answer could be given as to the question of the safety of students crossing Church Street to the athletic fields given that the overhead walkway now seems to be off the table.
7. No firm answer could be given as to whether construction traffic, and then permanent traffic, to the Hill Street entrance to the athletic fields might negatively impact the brick pavement on Hill Street.
8. As regards nearby properties, the schematic includes a property at the southwest corner of Church an Elm that was torn down many months ago. On a more positive note the error on the schematic labeling Elm Street on the west side of West Side Park as Lynn Street has been corrected. Although a vehicle is still shown headed the wrong way on Church Street on one drawing. That may
seem like nitpicking, and maybe it is, but errors and omissions of the nature noted in this point do not inspire confidence.
Again, I recognize that the overall site plan can be a work in progress. But, I really was hoping for some answers for the neighborhood before this is voted on on January 22...And, for the record, I voted for the referendum the second and third time. But, for those who have been critical of friends and neighbors for raising issues "late in the game", I submit that it was impossible to know details since they are still changing."

Many in the downtown neighborhood, their homes, and quality of life stand most to be affected by the expansion plans, specifically the demolition of the Burnham and several other period homes, for a parking lot and athletic fields. As the plans are unclear and the consequences are extensive, we ask that the Board extend the period of public review of the parking lots, downtown athletic fields, and the demolition of so many period buildings, and allow for more accessible public review. Public funds being allocated to destroy public property, including the very historic Burnham and 10 other period buildings in the immediate downtown neighborhood, should be subject to explicit and sufficient public review. Two hours of public review of two big expansion projects on the same night is not adequate with so much at stake. Two weeks to vote on this when so much remains unclear and unanswered is insufficient. An online interactive portal would permit public questions regarding the plans to be answered, clarified, and viewable by all. 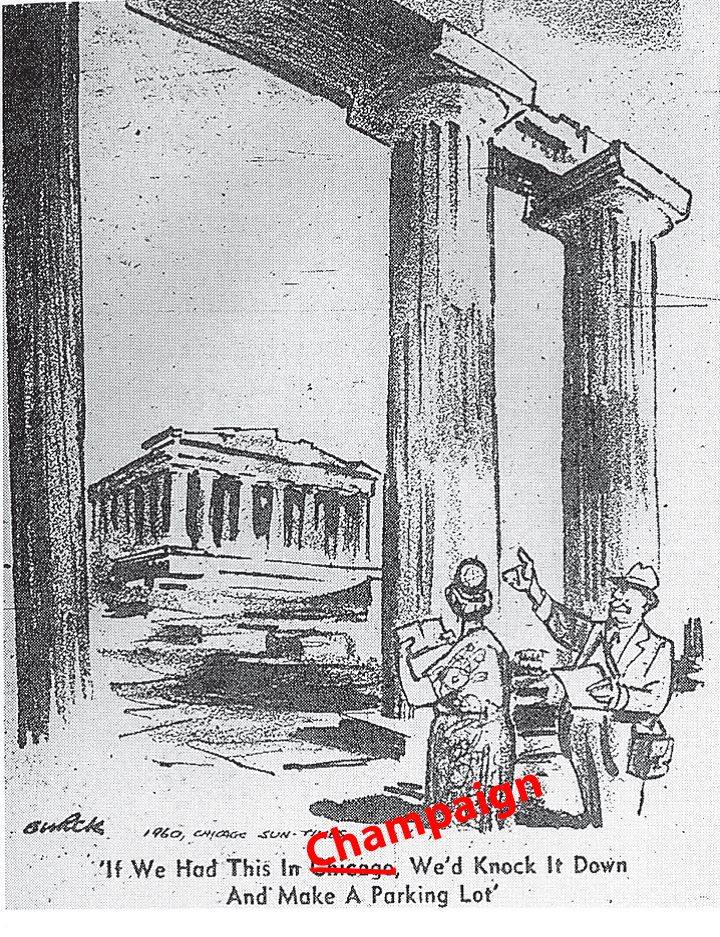